CHILDREN'S PROGRAMS AND TRAINER - Susan Hunt is a retired school nurse and health teacher.  She and her husband, Carter, settled in her hometown of Falmouth in 2008.  Susan and her Labradoodle, Chowdah, have been active members in CAP since 2013.   Chowdah and Susan fill their lives with grand kids and family, long walks with friends and their dogs.   They also participate in Tricks classes with CAP's head trainer, Sheryl Benson, and are part of the 4H Paws for the Arts and the after school program at Wixon School in Yarmouth.  She can be reached:sehunt7839@gmail.com

VICE President - Karen Carafoli  is a registered nurse who retired in 2011 from Jordan Hospital in Plymouth, where she was given the opportunity to become the Director of both Cardiology Services and Professional Development. Karen lives with her husband, Richard in Sagamore Beach. They have two golden retrievers, Molly and Mia. Both “ girls” have passed their CAP certifications. Molly and her dad are starting their second year of visiting and Mia hopes to begin soon. In addition to CAP activities, retirement has provided time for quilting, decorative painting and enjoying four wonderful grandchildren.  Karen can be reached at:kcarafoli@verizon.net 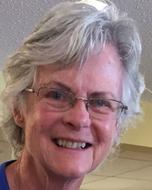 SECRETARY-Linda Johnston joined CAP in 2020 and was certified as a CAP Therapy Team along with Teddy, her Golden Retriever. She has spent the last 30 years in Westport, CT, raising her two daughters along with her husband Doug. She relocated to Chatham in 2018 after retiring from teaching adult women math and science. Linda remains very active with walking daily and occasionally playing golf and pickleball. She loves nature and considers herself an environmentalist. She is part of the Friends of Chatham Waterways committee, collecting water from  local ponds to be tested and is a member of Association of Preserving Cape Cod. Knitting is her pastime and she enjoys traveling and listening to audiobooks and podcasts.  She can be reached at: lindamccoyjohnston@gmail.com

CO PRESIDENT & TRAINING COORDINATOR-Sheryl Benson ​is CO President and Head Trainer for Companion Animal Program.  She has been teaching the CAP Therapy Dog Training Classes since 2015 and a CAP Director since 2019.  She is a Dog Trainer/EnergyHealer/Communicator, who has been working with animals since she was 3 yrs old.  She has been actively involved in training with her own dogs in Competitive Obedience, Tracking, Agility, Freestyle, Rally Free, and Nosework for the last 30 years.  She is currently training her young Border Collie Sophie and Border Terrier, Drew in Nosework, Freestyle, and Rally Free.  Sheryl can be reached at:sherylbenson@earthlink.net

​​​​​​MEMBER AT LARGE-Kathy Fedorchuk focused on dog training in retirement and volunteered at the Friends of Falmouth Dogs as the trainer there.  She enrolled in CAP with her Irish Setter, Seamus. It was a bumpy ride but Seamus and Kathy became a certified team and love visiting as the dogs touch so many lives through the CAP program. Kathy and her husband John live in Falmouth.  She can be reached at:kathyfedorchuk@comcast.net

​​​​​TREASURER - Rob Schain and his wife Debbie relocated to the Cape full time from New Jersey in 2011.  A few years later, Rob retired after a 36-year career as a financial analyst in the energy industry.  One of Rob's accomplishments in retirement was becoming a CAP therapy team in 2017 with Sophie, his now eight-year old rescue. His other activities in retirement include playing alto sax for the Chatham Town Band and the Sound Dunes Swing Ensemble.  He can be reached at:capschain@gmail.com 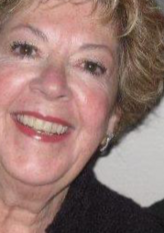 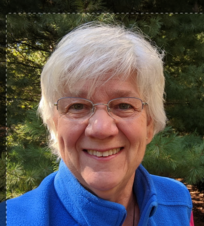 CO PRESIDENT - Mary Wills held various management positions in the building industry for over 40 years. She recently retired after moving to North Falmouth 6 years ago from Rockport Mass with her husband Randy.  Besides spending time with family and friends (they have 4 children and 4 grandchildren) Mary and her CAP certified Samoyed named Shiloh are active visitors as a CAP volunteer team in both the adult and children's programs and enjoy every minute of it!  Mary can be reached at: mrwills08@gmail.com

OUTREACH COORDINATOR ​- Beth Mays joined CAP in 2021 with her 3-year-old golden doodle, Beau.  Together they have been truly rewarded and blessed to see and experience the joy and love that Beau stimulates when they meet seniors, teens and school children on therapy visits across Cape Cod.  It is amazing how a simple nuzzle and wag of Beau's tail will create instant happiness for someone who needs some encouragement.  When not out working with Beau, Beth enjoys golf, boating, yoga, the occasional needlepoint project, and beach walks with Beau and her significant other.  She also volunteers at Neighborhood Falmouth helping seniors stay independent in their homes, and is active in Waquoit Congregational Church.  She can be reached at:beth.mays10@gmail.com 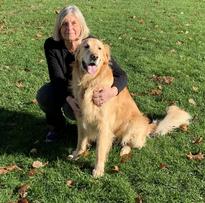 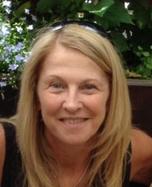 ​MEMBER AT LARGE - Kathryn Scanlon Catanach joined CAP in 2005 and did pet therapy visits with two adopted guinea pigs, Ruby and Jinks, for several years. She then visited for 10 years with Niko, a retriever/shepherd mix. Niko retired in 2020, preferring to spend his time visiting neighbors, napping, and taking short walks in the woods. Kathy lives in Falmouth and is a retired marine geologist who specialized in mapping deep-sea habitats. When she isn’t taking short walks in the woods with Niko, she likes to spend time travelling and sailing with her husband, observing wildlife, and volunteering for disaster response and science organizations.  She can be reached at:masscats@comcast.net

​LOWER CAPE ​​VISITATION COORDINATOR-Boni Heleen and her husband Howie have been Dennis residents for a number of years. Boni is a retired middle school teacher and has been an active member of CAP since 2010. During her retirement she has participated in the CAP Therapy Dog training with Max and Cooper, both golden retrievers. Through the wonderful training offered by Sheryl and Susan they each passed their evaluations and became an official part of the certified therapy team with Boni. Max retired in 2018. Boni and Cooper continue to participate and actively support the flourishing program, which is enjoyed by all. She can be reached at:bheleen16@hotmail.com 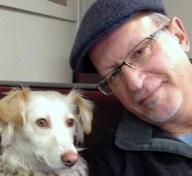 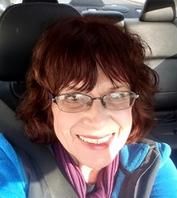 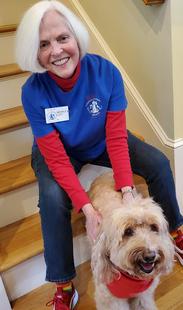 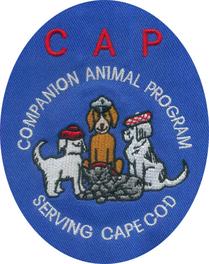 CAP BOARD OF DIRECTORS

CAP Newsletters
For Email Marketing you can trust.

​​PAST PRESIDENT/DIRECTOR -  Ellen Varnerin has been an educator for over 30 years starting as a 6th grade teacher and then continuing as a school psychologist. She finished her career having served for 12 years as an Administrator for Special Education. She and her husband Ray, live in West Barnstable and have a CAP certified Weimaraner named Maxwell. Ellen and Maxwell have been making therapy visits with CAP since 2016.  She can be reached at:evarnerin@outlook.com

NEWSLETTER EDITOR-Michele Granger She and her labradoodle, Lucy, have been a therapy team with CAP since 2015.   Before her retirement and move to the Cape in 2014, Michele was an educator in early childhood/special education for over forty years in a variety of roles including: classroom teacher, evaluator, administrator, workshop leader, parent educator, curriculum and staff developer and adjunct professor.  She is also a published author of children’s books and has no plans to ever retire from writing.  When she and Lucy aren’t visiting for CAP, Michele volunteers at The Local, a soup kitchen for community members in need, leads a kids’ book club, practices yoga, swims laps and sings with The Mid-Cape Chorus.  She can be reached at: michelefgranger@gmail.com

Upper CAPE ​​VISITATION COORDINATOR - Judith Cosgrove joined cap in 2009 with her darling rescue Vizsla, Eva. She had retired from Frontier and Verizon where she worked for many years as an IT professional. Eva passed over the rainbow bridge recently after she shared her love and compassion to all who met her. Judith now works part time at Powerhouse Gym in Cedarville that helps her maintain physical fitness to keep up with her other rescue Vizsla, Anna. Anna is scheduled for training in CAP.  Judith belongs to the Sagamore Highlands Association where she created and maintains their web site.  Her husband Tom and Judith reside in Sagamore Beach with Anna and their rescue kitty, Picasso. Judith does acting, community theater, background work for movies, and training videos for medical companies.  She can be reached at:  juditacosgrove@hotmail.com